Join the new “Peptides Europe” chat, where you will be able to follow up-to-date information about the company's work in the European region and will be able to ask all of your questions 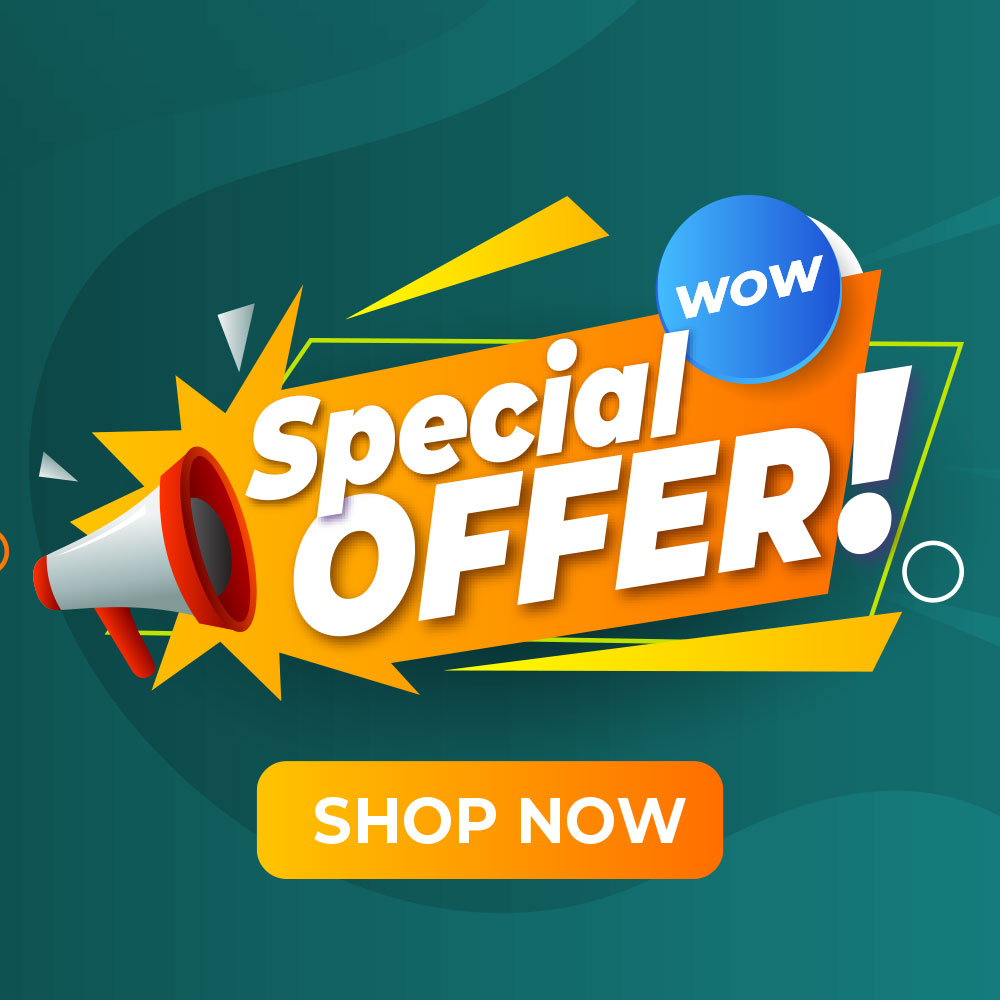 For decades, scientists have tried to understand why the human body ages. Naturally, a person has a life expectancy of 110-120 years. People age gradually:  first, there is a decrease in the rate of biochemical reactions, the functions of the brain, heart, liver, etc. decrease as well. The physical changes such as wrinkles, graying of hair, joint problems etc. are already noticeable consequences of internal aging.

Life exists thanks to two molecules: DNA, which is a matrix and in itself is not active; and peptide molecules that activate targeted DNA regions. When connecting peptides with one or another DNA segment, i.e. with a section of a gene, the synthesis of specific proteins occurs and life is created.

Peptides are very short fragments of proteins. They have a size of only 1 nm, so they are rightfully classified in the nanoworld. As you know, proteins consist of amino acids, like a chain of links and come in different lengths: long ones - contain dozens of amino acids and short ones - have from 2 to 20 links. That is what peptides are. In the body, peptides are "informational" key keepers. They unpack information in strictly appropriate cells so that everything in the body operates on time and well.

Cells make certain types of proteins. A number of them are involved in the production of peptides that regulate cell function. If the cell works well, respectively, the whole organ works well. If a failure occurs, then the work of the entire organ is disrupted, which leads to illnesses. Of course, as part of treatment, you can introduce the missing substances into the body, but then the cell will become lazy and stop working altogether. Therefore, it is necessary to send messengers with the activation keys – peptides. While they do their job of activating the cells with missing substances, the body will start healing itself. Every organ has a supply of reserve stem cells, and peptides affect their work. If this reserve is evenly realized, then a person can live up to 100-110 years. 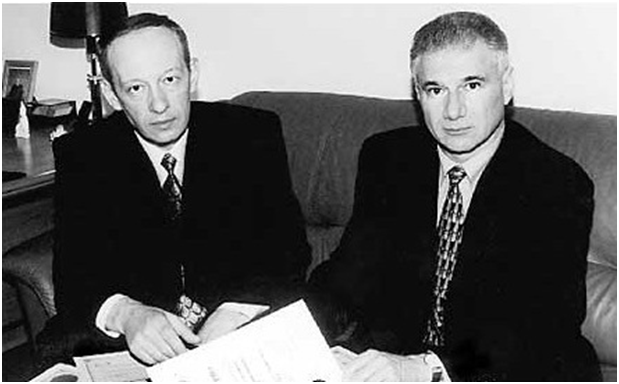 All peptides have their own narrow specialization. For each tissue, only its own peptides are suitable: for the lungs - pulmonary, for the liver - hepatic, for the brain - cerebral. Peptides are the same in all mammals. Therefore, if we take peptides from a calf and introduce them to a human, our body will accept it as native. The main problem was to learn how to isolate peptides from animal organs. Vladimir Khavinson and Vyacheslav Morozov invented this technology back in 1971 at the Military Medical Academy.

First, medicines with peptides appeared, and then dietary supplements were made on their basis, for the convenience of consumers.

When studying the aging process and methods of influencing it, the staff of the Institute of Gerontology in St. Petersburg concluded, that when they included peptides in the diet of the experimental group of mice, the life expectancy in that group increased by 30-38%.

Later, studies of peptides were carried out on elderly people at the Kiev Institute of Gerontology and in St. Petersburg. This contributed to a decrease in mortality by almost two times, which indicated a high geroprotective activity of the peptides.

Thus, in the second half of the 20th century, a new bioregulation technology was developed in Russia. Now no one in the world, still, has not been able to offer similar drugs in quality and variety.

The discovery of peptide regulators was equated to the launch of a satellite. Experiments have been confirmed 40 times that aging and diseases, including tumors, are based on disturbances in the regulation of protein synthesis.

During the experiments, frog eggs were used, and one of the several drugs was applied to them. The medication that was used caused the growth of the corresponding tissue: if, for example, a liver peptide was added, the liver tissue began to grow.

During the experiments, the number of cell divisions was increased (overcoming the Hayflick limit - 47 divisions) - the pineal gland peptide was added to the cell culture and the cell again continued to divide up to 64 times, which is an surplus of the Hayflick limit by 42%. In the Geneva independent experiment, this experience was conducted 5 times for accuracy.

The annual course complex use of drugs, containing peptides of the pineal gland, thymus, brain, blood vessels, liver, cartilage tissue, thyroid and pancreas led to a significant decrease in mortality by almost 2 times or more, which was associated with an improvement in the function of the immune, neuroendocrine, cardiovascular systems, brain, and increased bone and cartilage density.

Long-term study and use of peptide bioregulators showed their high efficiency in patients of various age groups, but particular efficiency was noted in older people (over 50 years old). The absolute advantage of peptide bioregulators is the absence of any side effects. Over the course of several decades, more than 15 million people with various pathologies received these drugs. The effectiveness of the application averaged at 75-95%.

For any person aged 35 to 60, two or three courses of peptides per year are enough to support the vital functions of their body. In order to be young and healthy - no matter how trite it sounds - you need to lead a healthy lifestyle. With age, even in a healthy person, the involution of vital body systems begins. All of them gradually age. As a rule, the immune, neuroendocrine and central nervous systems are the first to fall under the pressing action of external and internal factors.

Therefore, after 35 years, it is reasonable to think about the prevention of age-related changes in your body, organize your routine correctly and choose a program for restoring and rejuvenating the body based on peptides, because the use of peptide bioregulators is the way to active longevity.

Active aging of the body begins already at a reasonably young age. Stress, excessive pressure on the body - all this contributes to a decrease in protein synthesis and aging.

“Peptide deficiency, which develops with age and pathology, significantly accelerates tissue wear and aging of the body. The fact is that for adequate work of cells and tissues, an adequate amount of peptides is needed, which, in turn, support the work of genes in the optimal manner. Peptides that work in cells specific to them are also synthesized in them. Therefore, in pathology, as well as with age, the work of cells is disrupted, the reproduction of peptides is disrupted, and after this, for the second time, the function of cells suffers again. Tissue degeneration progresses, which eventually manifests itself clinically. Therefore, the use of short peptides is one of the main innovations in medicine and can significantly slow down the rate of aging by stimulating tissue proliferation and regeneration, as well as increasing their cellular resource. Another important advantage of peptides is their pronounced antitumor effect.

To date, the use of peptides is the best and uncompromising solution in the field of revitalization (rejuvenation of the body) and the prevention of cancer, since it allows the renewal of cells and tissues not only by regulating and synchronizing all cyclic processes, but also by expanding the possibilities of cell division without mutation." (Gorgiladze D.A.)

Synergy of support for connective and bone tissue
31.08.2022

The preparation is designed to replenish the level and balance of calcium and magnesium in the body.

Practical advice on the use of peptide bioregulators
23.08.2022

We use cookies to ensure the proper functioning and security of our website and to offer you the best experience.
By clicking «Agree and Continue», you will come to the use of cookies. You have the right to change your cookie settings at any time.
For more information, see our website's Policy.
I Agree and Continue